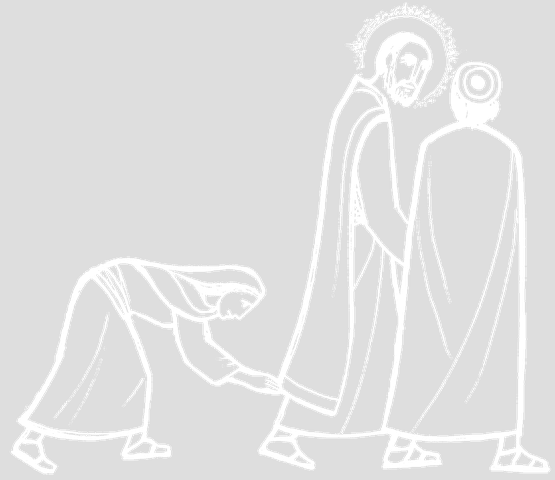 1After the death of Saul, when David had returned from defeating the Amalekites, David remained two days in Ziklag.

17David intoned this lamentation over Saul and his son Jonathan. 18(He ordered that The Song of the Bow be taught to the people of Judah; it is written in the Book of Jashar.) He said:19Your glory, O Israel, lies slain upon your high places! How the mighty have fallen!20Tell it not in Gath, proclaim it not in the streets of Ashkelon;
or the daughters of the Philistines will rejoice, the daughters of the uncircumcised will exult.

21You mountains of Gilboa, let there be no dew or rain upon you, nor bounteous fields!
For there the shield of the mighty was defiled, the shield of Saul, anointed with oil no more.

22From the blood of the slain, from the fat of the mighty,
the bow of Jonathan did not turn back, nor the sword of Saul return empty.

23Saul and Jonathan, beloved and lovely! In life and in death they were not divided;
they were swifter than eagles, they were stronger than lions.

24O daughters of Israel, weep over Saul, who clothed you with crimson, in luxury,
who put ornaments of gold on your apparel.

25How the mighty have fallen in the midst of the battle!

Jonathan lies slain upon your high places.26I am distressed for you, my brother Jonathan; greatly beloved were you to me;
your love to me was wonderful, passing the love of women.

27How the mighty have fallen, and the weapons of war perished!

7You excel in everything – in faith, in speech, in knowledge, in utmost eagerness, and in our love for you – so we want you to excel also in this generous undertaking.

8I do not say this as a command, but I am testing the genuineness of your love against the earnestness of others. 9For you know the generous act of our Lord Jesus Christ, that though he was rich, yet for your sakes he became poor, so that by his poverty you might become rich. 10And in this matter I am giving my advice: it is appropriate for you who began last year not only to do something but even to desire to do something – 11now finish doing it, so that your eagerness may be matched by completing it according to your means.

12For if the eagerness is there, the gift is acceptable according to what one has – not according to what one does not have. 13I do not mean that there should be relief for others and pressure on you, but it is a question of a fair balance between 14your present abundance and their need, so that their abundance may be for your need, in order that there may be a fair balance. 15As it is written, ‘The one who had much did not have too much, and the one who had little did not have too little.’

21When Jesus had crossed again in the boat to the other side, a great crowd gathered round him; and he was by the lake. 22Then one of the leaders of the synagogue named Jairus came and, when he saw him, fell at his feet 23and begged him repeatedly, ‘My little daughter is at the point of death. Come and lay your hands on her, so that she may be made well, and live.’ 24So he went with him.

And a large crowd followed him and pressed in on him. 25Now there was a woman who had been suffering from haemorrhages for twelve years. 26She had endured much under many physicians, and had spent all that she had; and she was no better, but rather grew worse. 27She had heard about Jesus, and came up behind him in the crowd and touched his cloak, 28for she said, ‘If I but touch his clothes, I will be made well.’ 29Immediately her haemorrhage stopped; and she felt in her body that she was healed of her disease. 30Immediately aware that power had gone forth from him, Jesus turned about in the crowd and said, ‘Who touched my clothes?’ 31And his disciples said to him, ‘You see the crowd pressing in on you; how can you say, “Who touched me?” ’ 32He looked all round to see who had done it. 33But the woman, knowing what had happened to her, came in fear and trembling, fell down before him, and told him the whole truth. 34He said to her, ‘Daughter, your faith has made you well; go in peace, and be healed of your disease.’

35While he was still speaking, some people came from the leader’s house to say, ‘Your daughter is dead. Why trouble the teacher any further?’ 36But overhearing what they said, Jesus said to the leader of the synagogue, ‘Do not fear, only believe.’ 37He allowed no one to follow him except Peter, James, and John, the brother of James. 38When they came to the house of the leader of the synagogue, he saw a commotion, people weeping and wailing loudly. 39When he had entered, he said to them, ‘Why do you make a commotion and weep? The child is not dead but sleeping.’ 40And they laughed at him. Then he put them all outside, and took the child’s father and mother and those who were with him, and went in where the child was. 41He took her by the hand and said to her, ‘Talitha cum’, which means, ‘Little girl, get up!’ 42And immediately the girl got up and began to walk about (she was twelve years of age). At this they were overcome with amazement. 43He strictly ordered them that no one should know this, and told them to give her something to eat.

Thought for Trinity 4 by Malcolm Tyler

I guess very many of us have broken the rules about hugging people but I am aware that large numbers of people have followed the rules to the letter and I realise how difficult that must have been and still is for them. Physical human contact was so much a part of our daily existence that we had taken it for granted. Only with its absence have we seen how important it really is.

When I went to see Mary Richards on Monday morning following Trefor’s death a few hours before, the hug we gave each other spoke so much more than perhaps the words that followed later or anything that an elbow bump could have given. It expressed something of the solidarity we have through faith in Jesus but also something of the mutual lack of comprehension we had about the nature of Trefor’s decline.

Clearly, we are still not supposed to be having physical contact with people but the lack of it over the past year is really beginning to be extremely difficult. At several meetings I have had over the past week it has been noticeable that no-one can really keep apart from each other easily.

This made me ponder how the absence of Jesus in the flesh has made it difficult for Christian disciples over the centuries. I have learnt so much about people by hugs, handshakes and the equivalent of pats on the back. Through them I have shared empathy or even disdain with people. And yet Jesus has never touched me physically. Could I have the same knowledge of him without that physical touch?

The straightforward answer is that I don’t know! Had Jesus been able to take me by the hand as he did with the little girl, maybe I would feel differently. But what I do know is that I feel a very strong connection with him, because he embodies so much of what I see as important in life. The stories I read in the Bible, especially in the New Testament, speak of a God who values each individual human life and who looks for us as his people to live life in all its abundance. Today’s two gospel healings speak very powerfully about that. But Jesus also offers us the example of how to live better. We are not forced into it but the offer is laid before us.

It may not be that Jesus touches us physically but I hope that we can truly say that Jesus has touched our lives.

As members of the body of Christ, let us pray to Almighty God, our heavenly Father.

We give thanks for your Church throughout the world.

We pray for all who preach and proclaim the birth, life, death and resurrection of Jesus Christ, who challenge and encourage people to turn to faith in the Lord.

We especially give thanks for Malcolm and Frances, for Lorraine and Stephen, who minister to us here at St Mary’s; for Tony continuing to recuperate from ill health.And we give heartfelt thanks for Trefor who died last Monday: for his great love and faith in the Lord, for his ministry to us.

We thank you for the gift of life, for a wonderful world, and yet a world in such a mess, beset by deadly pandemic and environmental challenges.

We pray for your Holy Spirit of forgiveness to permeate the social, political and economic fabric of our world; so that world leaders can work for mutual peace and protection of our planet.

We pray for people whose lives are difficult at this time; where there is fear, tension, anxiety and loneliness.

We bring to you people whose lives have been devastated by coronavirus - bereavement, unemployment, struggling to pay rent or mortgages, loss of self-respect.

We pray for those who are suffering in body, mind and spirit.

We give thanks for all who care for us, in our homes, in schools, hospitals and care homes.

We ask for your blessing on those who work in medical and social care settings, in hospitals, hospices and in the wider community.

We pray for your Holy Spirit to strengthen our faith and trust in you.

We ask you to bless those whose sickness has no cure.

We pray for the terminally ill; in hospices or needing permanent care in a home, or able to be cared for at home by family and friends.

In the silence we come to you

You are the giver of life and life eternal.

We rejoice in your presence and in your love.

We thank you for the resurrection of the Lord Jesus, the hope of eternal life and the gift of the Holy Spirit

We remember in your presence our friends and loved ones who are departed from us, remembering especially Trefor Richards.

Be with Mary and their daughters and families, as they mourn a wonderful husband, father and grandfather.

Be with us all as we continue to mourn our loved ones: whether a day or a week or a year or decades, our love endures for eternity.

for the sake of your Son,