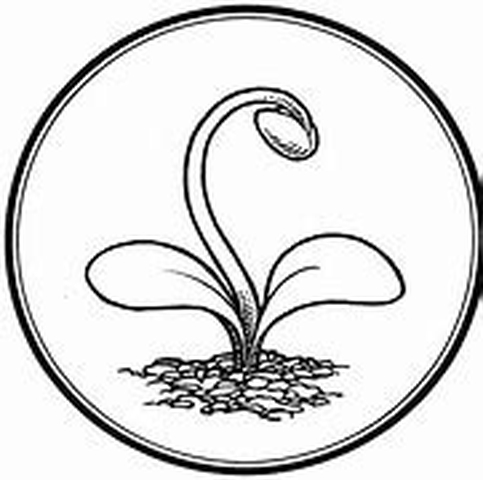 34Samuel went to Ramah; and Saul went up to his house in Gibeah of Saul. 35Samuel did not see Saul again until the day of his death, but Samuel grieved over Saul. And the LORD was sorry that he had made Saul king over Israel.

1The LORD said to Samuel, ‘How long will you grieve over Saul? I have rejected him from being king over Israel. Fill your horn with oil and set out; I will send you to Jesse the Bethlehemite, for I have provided for myself a king among his sons.’ 2Samuel said, ‘How can I go? If Saul hears of it, he will kill me.’ And the LORD said, ‘Take a heifer with you, and say, “I have come to sacrifice to the LORD.” 3Invite Jesse to the sacrifice, and I will show you what you shall do; and you shall anoint for me the one whom I name to you.’ 4Samuel did what the LORD commanded, and came to Bethlehem. The elders of the city came to meet him trembling, and said, ‘Do you come peaceably?’ 5He said, ‘Peaceably; I have come to sacrifice to the LORD; sanctify yourselves and come with me to the sacrifice.’ And he sanctified Jesse and his sons and invited them to the sacrifice.

6When they came, he looked on Eliab and thought, ‘Surely the Lord’s anointed is now before the LORD.’ 7But the LORD said to Samuel, ‘Do not look on his appearance or on the height of his stature, because I have rejected him; for the LORD does not see as mortals see; they look on the outward appearance, but the LORD looks on the heart.’ 8Then Jesse called Abinadab, and made him pass before Samuel. He said, ‘Neither has the LORD chosen this one.’ 9Then Jesse made Shammah pass by. And he said, ‘Neither has the LORD chosen this one.’ 10Jesse made seven of his sons pass before Samuel, and Samuel said to Jesse, ‘The LORD has not chosen any of these.’ 11Samuel said to Jesse, ‘Are all your sons here?’ And he said, ‘There remains yet the youngest, but he is keeping the sheep.’ And Samuel said to Jesse, ‘Send and bring him; for we will not sit down until he comes here.’ 12He sent and brought him in. Now he was ruddy, and had beautiful eyes, and was handsome. The LORD said, ‘Rise and anoint him; for this is the one.’ 13Then Samuel took the horn of oil, and anointed him in the presence of his brothers; and the spirit of the LORD came mightily upon David from that day forward. Samuel then set out and went to Ramah.

Brothers and sisters, 6we are always confident; even though we know that while we are at home in the body we are away from the Lord – 7for we walk by faith, not by sight. 8Yes, we do have confidence, and we would rather be away from the body and at home with the Lord. 9So whether we are at home or away, we make it our aim to please him. 10For all of us must appear before the judgement seat of Christ, so that each may receive recompense for what has been done in the body, whether good or evil.

14The love of Christ urges us on, because we are convinced that one has died for all; therefore all have died. 15And he died for all, so that those who live might live no longer for themselves, but for him who died and was raised for them.

Such a large crowd gathered around Jesus that he got into a boat and began to teach them using many parables. 26Jesus said, ‘The kingdom of God is as if someone would scatter seed on the ground, 27and would sleep and rise night and day, and the seed would sprout and grow, he does not know how. 28The earth produces of itself, first the stalk, then the head, then the full grain in the head. 29But when the grain is ripe, at once he goes in with his sickle, because the harvest has come.’

30Jesus also said, ‘With what can we compare the kingdom of God, or what parable will we use for it? 31It is like a mustard seed, which, when sown upon the ground, is the smallest of all the seeds on earth; 32yet when it is sown it grows up and becomes the greatest of all shrubs, and puts forth large branches, so that the birds of the air can make nests in its shade.’ 33With many such parables he spoke the word to them, as they were able to hear it; 34he did not speak to them except in parables, but he explained everything in private to his disciples.

Parables were meant to make people think! And they still do!

It had never occurred to me until I started typing this that the word parabolic can be used to describe something which comes to a point but not necessarily in the most direct route, clearly derived from parabola which is an elongated oval shape in mathematics. Jesus makes us think about what he is saying and sometimes we find ourselves taking a longer route round than we might necessarily have thought in the first place to see what he is driving at.

There is a great richness in some of the shorter parables especially because they can be so enigmatic. The parable of the Pearl of Great Price, for instance (the kingdom of heaven is like a merchant seeking beautiful pearls, who when he had found one pearl of great price, went and sold all that he had and bought it) indicates that the kingdom is extremely desirable and we do all in our power to obtain it, but gives no clue as to why it is desirable or what it will be like if we attain to it.

Today’s two parables have a similarly enigmatic feel about them. The connecting theme is about growth. The first is about a seed growing overnight without the planter knowing how. Come harvest when the grain has ripened it is reaped. The second is about the well-known mustard seed which starts small but ends as the greatest of all shrubs. There is no explanation given but if we combine the two it would seem likely that that what God can work in each of us can be great and it comes through the action of God himself and not us. It is, I think, fairly well known that when the Bible talks about harvest (at least in the New Testament), it often refers to the end of the world and judgement. The grain will be collected into the barn (heaven?) and the weeds thrown onto the fire (hell?)

What I like about these parables together is that the growth of the seed (i.e. our growth) is driven by God and can be large. I have no doubt that I can frustrate God’s plans for me just by laziness and fear but I believe that just as the seed is given growth by the sun, warmth and rain that God provides I too can grow through the things and surroundings God puts me in. Those surroundings will include the people I meet and work with who, because of who they are and what they say and do, will help me to grow.

Only a couple of weeks ago when I was interviewing potential ordination candidates, I was blown away by one candidate in particular, who was so good (in my view) that I was in awe of the ability shown both in a presentation and the interview itself. It made me want to redouble my efforts to understand and communicate the Christian message as that person had done.

As to the harvest and whether I might be gathered into the barn or thrown on the fire, I have to leave that judgement to God himself. I do not believe however that he will cast off those he has created with such love, so whether I have fulfilled what he wants of me already there is I hope still more to come.

Creator God, fill your Church with confidence in Christ as her Lord, to make him known by teaching and example. We pray for our bishops Christopher and John in their leadership of this diocese and ask that you would give to them the needful gifts of grace to fulfil their roles effectively. We pray too for our roles in the task of spreading your gospel, taking the opportunities that you lay before us each and every day. Give us the confidence to know when to speak and when to remain silent and so nourish the good seed of your word in us, that it may be fruitful in witness to the world.

As Christ died for all, may his love renew men and women as his new creation. May we all use the gifts you have given to us to make our world a better place, coming closer to the world which you created as very good, but which humankind has spoilt through its selfishness. Open our eyes to see your glory and our ears to hear your good news afresh. May our own self-interest and that of others be changed to a true desire for the common good.

Guide us, Lord, to discern the signs of your presence among us, in family life, in work and in all our dealings. We give thanks for those we love and for their contributions to our own lives. Help us to add to the lives of those around us by simple tasks where appropriate and by listening and caring. May we not be tempted to pass by on the other side when we see a person in distress and in your strength may we bring to fruition all that is your will for us.

Bless and comfort, Lord, those who work is hard and especially those who see no result for what they do. We pray for those in our health service and others who have given so tirelessly of themselves over the past 15 months and now as the crisis appears to recede may you give them the strength to persevere in the knowledge that you are working in all things and through them for good. Help us, too, not to undo the good work that has been done by so many by acts of thoughtlessness or selfishness.

Finally, Lord, we remember before you those who have left their earthly bodies and have come home to you, especially Ken Smith whose funeral will be held here towards the end of this month. Judge him and all who have died with mercy.

Merciful Father: accept these prayers for the sake of your Son, our Saviour, Jesus Christ. Amen.