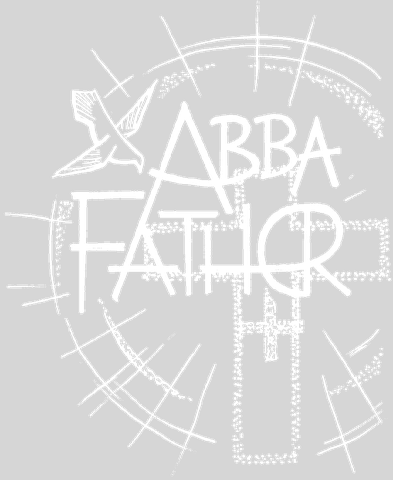 1In the year that King Uzziah died, I saw the Lord sitting on a throne, high and lofty; and the hem of his robe filled the temple. 2Seraphs were in attendance above him; each had six wings: with two they covered their faces, and with two they covered their feet, and with two they flew. 3And one called to another and said:
‘Holy, holy, holy is the LORD of hosts;
the whole earth is full of his glory.’
4The pivots on the thresholds shook at the voices of those who called, and the house filled with smoke. 5And I said: ‘Woe is me! I am lost, for I am a man of unclean lips, and I live among a people of unclean lips; yet my eyes have seen the King, the LORD of hosts!’

6Then one of the seraphs flew to me, holding a live coal that had been taken from the altar with a pair of tongs. 7The seraph touched my mouth with it and said: ‘Now that this has touched your lips, your guilt has departed and your sin is blotted out.’ 8Then I heard the voice of the Lord saying, ‘Whom shall I send, and who will go for us?’ And I said, ‘Here am I; send me!’

12So then, brothers and sisters, we are debtors, not to the flesh, to live according to the flesh? 13for if you live according to the flesh, you will die; but if by the Spirit you put to death the deeds of the body, you will live. 14For all who are led by the Spirit of God are children of God. 15For you did not receive a spirit of slavery to fall back into fear, but you have received a spirit of adoption. When we cry, ‘Abba! Father!’ 16it is that very Spirit bearing witness with our spirit that we are children of God, 17and if children, then heirs, heirs of God and joint heirs with Christ? if, in fact, we suffer with him so that we may also be glorified with him.

11‘Very truly, I tell you, we speak of what we know and testify to what we have seen; yet you do not receive our testimony. 12If I have told you about earthly things and you do not believe, how can you believe if I tell you about heavenly things? 13No one has ascended into heaven except the one who descended from heaven, the Son of Man. 14And just as Moses lifted up the serpent in the wilderness, so must the Son of Man be lifted up, 15that whoever believes in him may have eternal life. 16For God so loved the world that he gave his only Son, so that everyone who believes in him may not perish but may have eternal life. 17Indeed, God did not send the Son into the world to condemn the world, but in order that the world might be saved through him.’

Reflection for Trinity Sunday, 30th May 2021

Today, I want to talk to you about Time. I was absent from church last week because I was on retreat – for about ten years now I have been a member of a ‘Men’s Spirituality Group’, which has met together for regular retreats three or four times a year – government lockdowns allowing, of course. The theme of last weekend’s retreat was ‘Being Human’, and one of the ideas we explored was the idea that being human involved being bounded by Time – and looking at how that affects our relationships, not just with other humans, but with the world, and with a transcendent, timeless God.

Time was somewhat on my mind before that, because I came home from work one evening during the previous week to find, on my doorstep, a flyer for the Earlsdon Park Village retirement and assisted living complex. I turned 50 last September, which in some areas of life makes me officially a ‘senior’. This, it itself, is not a thing that bothers me – but receiving this, having delivered to me clear evidence that I’ve got onto that mailing list, was something that did, just for a moment, bring me up short. I don’t feel old – because age, like anything else, is simply something to get used to. The arrow of time points in one direction only, and there is no changing that. Time, like an ever-rolling stream, bears all of us away, as the hymn reminds us – and time is a feature of our gospel this morning.

Our Gospel tells the story of a meeting – possibly the first meeting – between Jesus and Nicodemus. Time is a feature of the story right from the start, as we are told that it takes place at night. John, in his gospel, never wastes a detail; everything he tells us is revealed for a purpose, and the night-time setting must, therefore, be significant. Nicodemus is a Pharisee, a member of a religious and political group that Jesus is generally opposed to; so in setting the meeting at night, John immediately tells us that it is clandestine, a secret meeting. I imagine Nicodemus furtively sneaking round the door, with his head covered – when I listen to this passage being read, in my mind he’s played by Humphrey Bogart, with his coat collar turned up and his hat-brim pulled low. He is meeting an ideological enemy, a man with whom he cannot openly associate – like people on opposite sides of a 1950s Cold War drama, swapping briefcases under a table, they are here for a secret exchange of information.

Jesus, on the other hand, isn’t having any truck with the film noir set dressing of my mind. He pays absolutely no heed to the politics. He makes no reference to any political or ideological differences between himself and Nicodemus, he fails completely to draw any attention to the lateness of the hour. There’s no “What are you doing here?”, no “What sort of time do you call this!”. He simply takes Nicodemus at face value, as a seeker after truth, and answers his questions. And what questions they are! Nicodemus wants to know how one can access the Kingdom of God, a question he delivers with no small talk whatsoever. It’s late, time is precious, and Nicodemus, like the rest of us, isn’t getting any younger, so he gets straight to the point. And Jesus, too, gets straight to the point. To access the Kingdom of God, you must simply be born again.

This is a response that Nicodemus finds puzzling in the extreme. His experience of life tells him that it is, effectively, a straight line from birth to death with no detours. Sometimes a long line, sometimes a short one, but in every case a line, not a loop or a circle or a spiral or any sort of shape that might bring you back around to the beginning again. How, then is it possible for someone to become a baby again, and be born a second time? Time doesn’t work that way. It goes once, and then it’s done. In some depictions, Nicodemus is portrayed as late middle-aged or even elderly – a man who, in first century Palestine, has quite possibly already buried his own mother, making his question even more desperate, perhaps even slightly exasperated.

Jesus is, of course, not speaking literally. His reply to Nicodemus seems to us to be a reference to Baptism – to be born again of water and the spirit. We understand Baptism as the beginning of our journey as Christians, and we talk about it as the moment when we truly become Children of God – Paul in our other reading today talks about us receiving a ‘spirit of adoption’. Of course, we are all Children of God by virtue of our created nature, but Jesus to Nicodemus and Paul in his letter to the Church in Rome are taking about status – to be born again, of water and the spirit, is to be accorded the status, not just of children, but of heirs of the Kingdom. Without that status, the children are mere flesh – and the flesh is subject to time. Flesh withers. It gets wrinkled and liver-spotted and creaky and bald. It dies. But Jesus is keen to impress upon Nicodemus that this is not God’s plan. Being born again of water and the spirit is to be accepted into the Kingdom of Light, where the truth is a known thing, and where the love of God, expressed through the incarnation of Christ, frees us from Time, frees us from age, frees us from flesh, frees us from death. Not physically, of course – as Jesus remarks later in his ministry, no person was ever able to add as much as a single second to their allotted span – we get what everybody gets, one lifetime. But through our baptism we are offered the hope of a union with God that goes beyond this earthly life.

This is the promise of Jesus – the promise of adoption as heirs of the Kingdom. And, like all the other things that God offers to us through Jesus, it is offered freely. But, like all those other things, it is an offer which requires a response. We must be reborn, not only of water, but also of the Spirit. We have a Baptism, and we must live that Baptism out, every day, in the world in which we find ourselves. To be heirs is a great privilege, but that privilege comes with a responsibility. If we possess the Spirit of God, we must show that Spirit to others. There are many people out there in the world who will not see God unless we show him to them, who will not know God unless we share what God has done to us, for us and through us.

As heirs, we must make a difference, however small. What difference can you make in the world today?

We come boldly to the throne of grace,

praying to the almighty God, Father, Son, and Holy Spirit

for mercy and grace.

Father of heaven, whose love profound

a ransom for our souls has found:

We pray for the world, created by your love,

for its nations and governments, especially at this time of pandemic.

Extend to them your peace, pardoning love, mercy and grace.

We pray for the Church, created for your glory,

for its ministry to reflect those works of yours.

We remember Christopher and John our bishops

Together with all the clergy of our deanery.

Extend to us your salvation, growth, mercy and grace.

Eternal Spirit, by whose breath

the soul is raised from sin and death:

We pray for families and individuals, created in your image,

for the lonely, the bereaved, the sick and the dying.

We particularly pray for Trefor Richards and his family

as well as others known to us who are ill.

Breathe on them the breath of life

and bring them to your mercy and grace.

Mysterious Godhead, Three in One:

We pray for ourselves,

for your Church, for all whom we remember before you.

Bring us all to bow before your throne in heaven,

to receive life and pardon, mercy and grace for all eternity,

as we worship you, saying,

heaven and earth are full of your glory.

Hosanna in the highest. Amen.