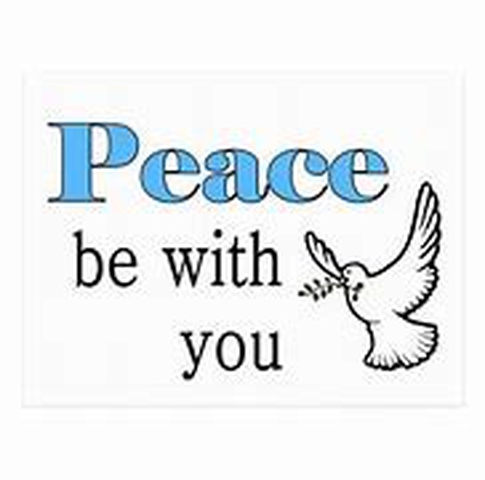 12When Peter saw it, he addressed the people, ‘You Israelites, why do you wonder at this, or why do you stare at us, as though by our own power or piety we had made him walk? 13The God of Abraham, the God of Isaac, and the God of Jacob, the God of our ancestors has glorified his servant Jesus, whom you handed over and rejected in the presence of Pilate, though he had decided to release him. 14But you rejected the Holy and Righteous One and asked to have a murderer given to you, 15and you killed the Author of life, whom God raised from the dead. To this we are witnesses. 16And by faith in his name, his name itself has made this man strong, whom you see and know; and the faith that is through Jesus has given him this perfect health in the presence of all of you.

17 ‘And now, friends, I know that you acted in ignorance, as did also your rulers. 18In this way God fulfilled what he had foretold through all the prophets, that his Messiah would suffer. 19Repent therefore, and turn to God so that your sins may be wiped out,

31See what love the Father has given us, that we should be called children of God; and that is what we are. The reason the world does not know us is that it did not know him. 2Beloved, we are God’s children now; what we will be has not yet been revealed. What we do know is this: when he is revealed, we will be like him, for we will see him as he is. 3And all who have this hope in him purify themselves, just as he is pure.

4 Everyone who commits sin is guilty of lawlessness; sin is lawlessness. 5You know that he was revealed to take away sins, and in him there is no sin. 6No one who abides in him sins; no one who sins has either seen him or known him. 7Little children, let no one deceive you. Everyone who does what is right is righteous, just as he is righteous.

36 While they were talking about this, Jesus himself stood among them and said to them, ‘Peace be with you.’ 37They were startled and terrified, and thought that they were seeing a ghost. 38He said to them, ‘Why are you frightened, and why do doubts arise in your hearts? 39Look at my hands and my feet; see that it is I myself. Touch me and see; for a ghost does not have flesh and bones as you see that I have.’ 40And when he had said this, he showed them his hands and his feet. 41While in their joy they were disbelieving and still wondering, he said to them, ‘Have you anything here to eat?’ 42They gave him a piece of broiled fish, 43and he took it and ate in their presence.

44 Then he said to them, ‘These are my words that I spoke to you while I was still with you—that everything written about me in the law of Moses, the prophets, and the psalms must be fulfilled.’ 45Then he opened their minds to understand the scriptures, 46and he said to them, ‘Thus it is written, that the Messiah is to suffer and to rise from the dead on the third day, 47and that repentance and forgiveness of sins is to be proclaimed in his name to all nations, beginning from Jerusalem. 48You are witnesses of these things.

Thought for Easter 3 by Malcolm Tyler

There is something of a disconnect between today’s gospel passage and what Christians have traditionally believed about the period after the resurrection. As you read today’s passage it would appear that Jesus ascended into heaven immediately after the episode related in the previous verses which happened on the first Easter Sunday. And yet if you continue with Luke’s account (in Acts 1), we have the assertion that Jesus met with his followers for a period of 40 days between the resurrection and Ascension.

I don’t think this matters in the slightest. There are plenty of examples in the Biblical narrative confirming the 40 day period, even if it wasn’t actually 40. (40 is one of those numbers in the Bible which tends to mean a long time, probably in this case, several weeks, rather than several years as in 40 years the Israelites wandered in the wilderness.). During this time, however long it really was, Jesus was seen by his followers. This story shows the importance of real witnesses. Not only did Jesus show them his hands and his side, he ate some food. Luke is showing us that the resurrected Jesus was no ghost but a living person who had shape, form and substance.

We are of course at liberty to say that these stories are all made up, but it seems to me highly unlikely that made up stories would survive thousands of years and effectively hoodwink millions of people. So we are left with the fact that a real person survived death by returning in a slightly different form (he was able to appear and disappear at will seemingly) and we have to deal with that.

As we look back over some of the things that are recorded as words of Jesus, we begin to realise that what he was saying speaks powerfully to us today some 2000 years later, as it must have done to his first disciples. Essentially, he spoke of a God who was not interested in following rules but in a God who valued us for what we are even in spite of the mistakes we make. Sadly, so often nowadays Christianity is branded, as many other religions are, as a way of keeping control of people by suggesting what they should and should not do.Whilst this is not the case, it does not give us the liberty to keep on making mistakes without thinking about their consequences (you only have to look at what St Paul says about this in Romans 6) but it suggests that mistakes are not the end of the road for us, just as death was not the end of the road for Jesus. This gives us encouragement when things do go wrong to keep working at faith. That we are valued, even loved by God, is the powerful message of Easter that doesn’t go away.

In the presence of the Risen Christ, let us lift our hearts and minds and pray to God, our heavenly Father.

Blessed be you, mighty God, creator of light and darkness.

To you be praise and glory for ever.

By the resurrection of your Son to eternal life, you have destroyed the darkness and fear of death.

Blessed are you, Father, Son and Holy Spirit.

We give thanks that you have called us to witness to the resurrection of the Lord Jesus.

We pray for your church, its ministers and people worldwide, for strength and courage to follow the way of the Lord.

We especially pray for those who are persecuted for their faith and those with doubts or fears.

We continue to pray for the world beset by coronavirus: for the leaders of nations, that they will use their powers wisely and selflessly for the good of all, for a fairer distribution of vaccines.

We give thanks for the many people who have worked tirelessly during the long winter lockdownin the fields of healthcare, research, education, production and supply to name a few.

Be with us, we pray, as restrictions are lifted over the coming months.

We pray for peace in the world and bring to you the people of Northern Ireland; may your Holy Spirit be in their midst.

Comfort and heal those suffering in body, mind or spirit.

We continue to pray for Bill Brown, Margaret Davoll and Tony Thistlewood.

We pray for all those who are hard-pressed and struggling at this time; may the power of the Risen Lord give them courage and hope in their troubles.

In the silence, we bring to you our personal concerns.

Hear us as we remember those who have died in the faith of Christ; according to your promises, grant us with them a share in your eternal kingdom.

We continue to pray for Elizabeth our Queen, mourning the death of her beloved husband, HRH Prince Philip, the Duke of Edinburgh. May your Holy Spirit be with her and her family.

Be with all those who mourn, those who are unable to arrange funerals in the usual way. At times of grief and despair, we thank you for the Risen Lord, who understands and shares our tears as we mourn, and comforts us with the gift of eternal life.

In these times of isolation and worry and struggle, we thank you for being with us, in darkness and doubt, in every corner of our lives, in every place in the world, for you have gone before us.

Blessed are you, Father, Son and Holy Spirit.