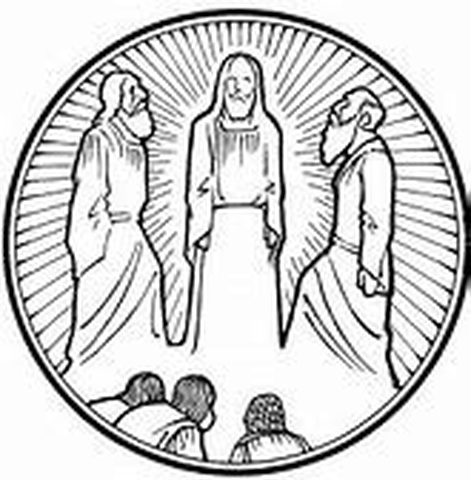 Sunday next before Lent

2Now when the Lord was about to take Elijah up to heaven by a whirlwind, Elijah and Elisha were on their way from Gilgal. 2Elijah said to Elisha, ‘Stay here; for the Lord has sent me as far as Bethel.’ But Elisha said, ‘As the Lord lives, and as you yourself live, I will not leave you.’ So they went down to Bethel. 3The company of prophets who were in Bethel came out to Elisha, and said to him, ‘Do you know that today the Lord will take your master away from you?’ And he said, ‘Yes, I know; keep silent.’

4 Elijah said to him, ‘Elisha, stay here; for the Lord has sent me to Jericho.’ But he said, ‘As the Lord lives, and as you yourself live, I will not leave you.’ So they came to Jericho. 5The company of prophets who were at Jericho drew near to Elisha, and said to him, ‘Do you know that today the Lord will take your master away from you?’ And he answered, ‘Yes, I know; be silent.’

6 Then Elijah said to him, ‘Stay here; for the Lord has sent me to the Jordan.’ But he said, ‘As the Lord lives, and as you yourself live, I will not leave you.’ So the two of them went on. 7Fifty men of the company of prophets also went, and stood at some distance from them, as they both were standing by the Jordan. 8Then Elijah took his mantle and rolled it up, and struck the water; the water was parted to the one side and to the other, until the two of them crossed on dry ground.

9 When they had crossed, Elijah said to Elisha, ‘Tell me what I may do for you, before I am taken from you.’ Elisha said, ‘Please let me inherit a double share of your spirit.’ 10He responded, ‘You have asked a hard thing; yet, if you see me as I am being taken from you, it will be granted you; if not, it will not.’ 11As they continued walking and talking, a chariot of fire and horses of fire separated the two of them, and Elijah ascended in a whirlwind into heaven. 12Elisha kept watching and crying out, ‘Father, father! The chariots of Israel and its horsemen!’ But when he could no longer see him, he grasped his own clothes and tore them in two pieces.

3And even if our gospel is veiled, it is veiled to those who are perishing. 4In their case the god of this world has blinded the minds of the unbelievers, to keep them from seeing the light of the gospel of the glory of Christ, who is the image of God. 5For we do not proclaim ourselves; we proclaim Jesus Christ as Lord and ourselves as your slaves for Jesus’ sake. 6For it is the God who said, ‘Let light shine out of darkness’, who has shone in our hearts to give the light of the knowledge of the glory of God in the face of Jesus Christ.

2 Six days later, Jesus took with him Peter and James and John, and led them up a high mountain apart, by themselves. And he was transfigured before them, 3and his clothes became dazzling white, such as no one on earth could bleach them. 4And there appeared to them Elijah with Moses, who were talking with Jesus. 5Then Peter said to Jesus, ‘Rabbi, it is good for us to be here; let us make three dwellings, one for you, one for Moses, and one for Elijah.’ 6He did not know what to say, for they were terrified. 7Then a cloud overshadowed them, and from the cloud there came a voice, ‘This is my Son, the Beloved; listen to him!’ 8Suddenly when they looked around, they saw no one with them any more, but only Jesus.

9 As they were coming down the mountain, he ordered them to tell no one about what they had seen, until after the Son of Man had risen from the dead.

Sometimes lessons for church services seem to start in the most unusual way. Today is a case in point -six days later! The problem is, of course, that church lessons split the text up into manageable chunks but the downside is that often the context of the story is lost. Six days before today’s story Jesus had asked Peter who he thought he was and Peter had responded ‘you are the Messiah’. This had been a monumental moment for Peter. It was the first time that any of his disciples had recognised Jesus’ messiahship or at least said so out loud and Mark, the author of the gospel has clearly sought to show his readers that all the miracles of healing that Peter had seen prior to this had brought him to such a point of confession or understanding.

Poor old Peter is completely thrown by what he has seen and offers to make three shelters for the three of them. Why he thought that was going to be necessary is not stated but indicates that he didn’t really understand what was going on, just as six days earlier, although he had recognised Jesus as Messiah, he was soon rebuked by Jesus for showing he had no understanding of what that might mean. Jesus’ words then, Get behind me Satan are some of the strongest he uses in the gospel accounts.

Some people have seen the transfiguration narrative as a proof of what Peter had recognised a few days before but if it was, Peter still didn’t really get it.

I think we are often like Peter, we don’t get it! In this period of Covid it has been particularly difficult to understand where God might be and certainly at funeral visits I have seen it in people’s faces that they can’t quite understand why someone who went into hospital for a simple complaint should end up catching Covid and dying. There is no real answer to this question which will satisfy many people and I have found it pointless to try to give any explanation. I would rather sit with the family and say it is awful and I don’t understand why but my trust is in a God who doesn’t let go of us, even in death.

I guess most of us have questions to which we have few if any answers and we will have to wait for a greater understanding at the end of the age. In the meantime we can look to a God who has remained faithful in all his promises and ask ourselves the question why would he change now. Just because humans don’t keep their promises is no reason to assume God is the same.

Let us pray to the God of glory, revealed to us in his Son, Jesus.

Father, lengthen and deepen our attention span as we, your people, listen to your beloved Son, so that we do not fail to hear his will for us or share his longing for the world to be saved.Help us to be compassionate to those who are suffering either because of Covid or some other anxiety

Father, with such humility you entered the world to save it through love’s giving; increase our desire to enter into one another’s suffering and hardship, to share the world’s resources fairly with one another, and recognise all humanity as brothers and sisters. Especially we pray for a greater understanding of how we as human beings affect our climate. May we make changes in our daily living which when added together improve the life of our planet.

in the beauty of holiness

Father, let us not take one another for granted, but wake each morning ready to notice the Christ in each person we see and speak to; and reverence your hidden presence in all creation. Help us to be patient with one another and with those whose decisions affect our own lives, sometimes not at the pace we might like.

Father, in our prayer we stand alongside all who are too weak to pray, or too confused; may all who are suffering sense your love and comfort and be given strength to persevere, and peace of mind and spirit. We pray for those we know to be sick, especially those amongst our own community of St Mary’s including Tony Thistlewood and Bill Brown.

Father, we commend to your eternal presence those who have recently died, that they may rest in peace and rise in glory. We remember the lives of Jim Walker and Rhona Garner whose funerals were held at St Mary’s this week as well as Kevin Whelan who died last Sunday.

for the beauty of holiness.

Father, thank you for providing always the encouragement and inspiration we need for the work you would have us do; give us the grace to trust your will for us and walk forward boldly in your company.

accept these prayers for the sake of your Son, our Saviour Jesus Christ. Amen

Over the weekend most of you should receive through your door a copy of Live Lent, a small devotional book produced by the Church of England, to help us all make better use of the Lenten period as a time to prepare for Easter and also to reflect upon the place God has in our own life.For those not on mine or Frances’ weekend walking routes, it may come through the post next week!

Many people give things up in Lent. It seems that in the past year we have had to give up so much of our every day living that giving up is not what we want to do.Perhaps a remedy would be to use this small book each day to make a little extra space for God.Just because you now have the book there is no compulsion to work with it but do think about it.

In the opening pages, the suggestion is to set aside about 10 minutes of each day to read the passage and think about it. Maybe you could do it over coffee or at tea time?

Global Care have produced a series of reflections for Lent called ‘Where you go I will go’. You may realise this is an allusion to story of Ruth who tells Naomi ‘where you go I will go’ and the series of reflections is ‘a walk through the book of Ruth with the children of Global Care. ’You can access some audio files on your computer by downloading them from the Global Care website at www.globalcare.org.Each day there is a short story of a child helped by Global Care and a thought linked to the book of Ruth. To listen each day would take about 5 or 6 minutes, but you can then think about the issues raised for as long or short as you like.

Another option is through the Bible Society. They are offering an email each day in Lent with a reflection on the Bible. You have to sign up for it but it is straightforward. Here is the link

Journey with us through Lent and Easter - Bible Society

Given we cannot meet together at the moment, we will not be running any course at church but again for those with access to the internet do look out for some options which we will try to provide on-line. Certainly there will be a service of Night Prayer (Compline) each week but I hope we will also offer something else.