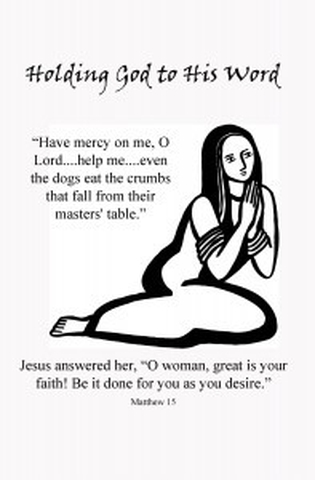 Joseph Reveals Himself to His Brothers

45 Then Joseph could no longer control himself before all those who stood by him, and he cried out, “Send everyone away from me.” So no one stayed with him when Joseph made himself known to his brothers. 2 And he wept so loudly that the Egyptians heard it, and the household of Pharaoh heard it. 3 Joseph said to his brothers, “I am Joseph. Is my father still alive?” But his brothers could not answer him, so dismayed were they at his presence.

4 Then Joseph said to his brothers, “Come closer to me.” And they came closer. He said, “I am your brother, Joseph, whom you sold into Egypt. 5 And now do not be distressed, or angry with yourselves, because you sold me here; for God sent me before you to preserve life. 6 For the famine has been in the land these two years; and there are five more years in which there will be neither plowing nor harvest. 7 God sent me before you to preserve for you a remnant on earth, and to keep alive for you many survivors.

8 So it was not you who sent me here, but God; he has made me a father to Pharaoh, and lord of all his house and ruler over all the land of Egypt. 9 Hurry and go up to my father and say to him, ‘Thus says your son Joseph, God has made me lord of all Egypt; come down to me, do not delay. 10 You shall settle in the land of Goshen, and you shall be near me, you and your children and your children’s children, as well as your flocks, your herds, and all that you have. 11 I will provide for you there—since there are five more years of famine to come—so that you and your household, and all that you have, will not come to poverty.’ 12 And now your eyes and the eyes of my brother Benjamin see that it is my own mouth that speaks to you. 13 You must tell my father how greatly I am honored in Egypt, and all that you have seen. Hurry and bring my father down here.” 14 Then he fell upon his brother Benjamin’s neck and wept, while Benjamin wept upon his neck. 15 And he kissed all his brothers and wept upon them; and after that his brothers talked with him.

Israel’s Rejection Is Not Final

11 I ask, then, has God rejected his people? By no means! I myself am an Israelite, a descendant of Abraham, a member of the tribe of Benjamin. 2 God has not rejected his people whom he foreknew. Do you not know what the scripture says of Elijah, how he pleads with God against Israel?

29 for the gifts and the calling of God are irrevocable. 30 Just as you were once disobedient to God but have now received mercy because of their disobedience, 31 so they have now been disobedient in order that, by the mercy shown to you, they too may now[a] receive mercy. 32 For God has imprisoned all in disobedience so that he may be merciful to all.

21 Jesus left that place and went away to the district of Tyre and Sidon. 22 Just then a Canaanite woman from that region came out and started shouting, “Have mercy on me, Lord, Son of David; my daughter is tormented by a demon.” 23 But he did not answer her at all. And his disciples came and urged him, saying, “Send her away, for she keeps shouting after us.” 24 He answered, “I was sent only to the lost sheep of the house of Israel.” 25 But she came and knelt before him, saying, “Lord, help me.” 26 He answered, “It is not fair to take the children’s food and throw it to the dogs.” 27 She said, “Yes, Lord, yet even the dogs eat the crumbs that fall from their masters’ table.” 28 Then Jesus answered her, “Woman, great is your faith! Let it be done for you as you wish.” And her daughter was healed instantly.

A Thought for August 16th. By Tony Thistlewood.

The passage from Matthew 15 can be puzzling. We expect Jesus to be passionate but caring; not dismissive and even cruel.

A desperate woman asks for his help and he snaps back, “It isn't right to throw the children's bread to the dogs”. Dogs was an insulting term the Jews used about a non-Jew. Remember the term 'Paki' and you have some idea of its impact. Is this Jesus in an unguarded moment or what?

What we might remember is that he has just come away from Jerusalem where he has established a reputation for being controversial. He believes God wants him to direct his message to the Jews alone. The Jews could be very prickly and Jesus knows he could be written off as a traitor if he doesn't restrict his teaching to his own people.

So perhaps the out of character remark could be explained by sensitivity to his audience. There may be a political dimension to this. However the Canaanite woman provides the next shock because she isn't cowed but shows a dogged persistence in getting his help. We are undoubtedly on her side, recognising her desperation and we are relieved that Jesus too quickly appreciates her. He needed her great faith to remind him what was truly important and he goes on to heal her daughter.

It's an unusual Gospel event showing Jesus in a different light but offering us a lesson for our own lives. Unexpected encounters can teach us a lot if we let them. We are sometimes too complacent in measuring our degree of faith and how much we believe. We can judge others too easily. When we pray do we say what we really think or do we tailor it to what we think is acceptable in God's eyes? Do we open ourselves up to the possibility that God will only work with us when we are honest and prepared to trust him?

God turns and hears us when like Jesus turned to the woman, he sees we really trust him.

Lord God, give us the faith to ask for your help, and the humility to receive it on your terms. Amen.

Heavenly Father, you promised to hear us when we pray in faith.

We pray for your Church; for its leaders, both clergy and lay ministers. Guide them through the difficulties posed by the pandemic and any other problems known only to them. Strengthen us all in your service.

Lord, in your mercy.....Hear our prayer.

We pray for the political leaders in the world. Help them to bear their responsibilities with wisdom and sensitivity to the needs of their people.

Especially we pray for the people of Beirut recovering from the explosion and any affected by war.

We pray for the medical services tirelessly struggling to control the virus and for those in laboratories determinedly seeking solutions. Be with families that are bereaved and those that are fearful for the safety of loved ones in dangerous situations.

Comfort young people who are worried about the impact of the pandemic on their future lives, and we pray for all who are facing the uncertainty of job cuts,reduced working hours, mental anguish and illness.

In all the uncertainties of these days we still give thanks for the families and friends that sustain and encourage us. May we reach out to anyone who is less fortunate, lost and lonely.

We commend to your love Lord those who were close to you in this life and are now closer in the life eternal. Comfort those who are grieving at their loss.

Merciful Father, accept these prayers for the sake of your Son, our Saviour, Jesus Christ. Amen.